You are here: Home1 / Latest News from IT2 / Latest IT News3 / Intimacy Matters To Men 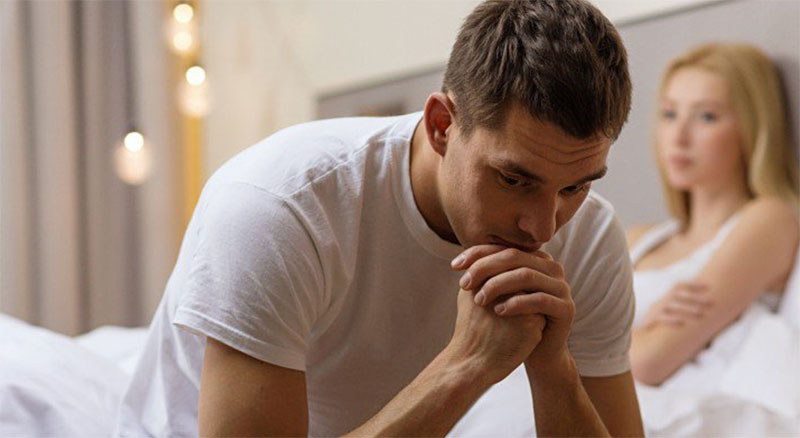 Intimacy Matters to Men – by Colin Richards
It frustrates me that when it comes to intimate pleasure, society often glibly accuse men of generally being interested in just one thing, SEX.

Yes, men do love sex, whether it be with a female or another male or even by himself. Men love to reach ejaculation and orgasm. Naturally, it is what biologically men are programmed to do, ejaculate to reproduce and pass on the genes potentially. So men’s bodies and brains are designed to react to any potential carnal prospect whenever they arise.

A cocktail of connection
But there is so much more to male sexuality than just reproductive motivations. When men are touched and aroused, their bodies produce a cocktail of hormones and neurotransmitters, Oxytocin, testosterone, vasopressin, dopamine and the less known kisspeptin. This cocktail is designed to arouse and stimulate both the male mind and body. How this is achieved is initially through visual stimulation and touch, particularly intimate touch. Most men enjoy intimate physical contact as much as penetrative sex itself and many men can’t perform sexually as confidently as they want to if they do not feel an intimate connection with their partner (be it female or male).

That well-known adage “women have a higher threshold of pain than men” is partially correct. The physiological challenges on the female body during childbirth makes this necessary. However, I also believe that men have a lower threshold of feeling pleasure than women. I say this since having given over 5000 sensual massages to men and over 600 sensual treatments to women; I can confidently say that in the arousal stakes male bodies generally react and arouse faster to touch than female bodies.

With men, I find that after only about 5-10 minutes into the massage, I start to see and often hear the evidence of arousal. When his back is stroked, or I scratch my nails on his buttocks or inner thighs or even simply massage his scalp, this type of touch causes spontaneous response with pleasurable sounds or movement. I hear gentle moans or see movements of the body, the erection growing, hands and feet stretching and the body straining all these are obvious physiological reactions to my touch on his body.

As the massage unfolds and the hormones and neurotransmitters flood the body, his response to the touch becomes evident but so does his need for connection. Similar in purpose to nature programming pain thresholds to be higher for women, I believe this need and desire for intimate touch has been programmed into male physiology and psychology. His hand reaching out to touch is not a predatory sexual approach; it is a need to connect and receive approval. A man needs to know he is accepted and by acknowledging even encouraging his touch means he feels accepted rather than rejected.

Social Sexuality
When a man feels this acceptance and approval, he naturally becomes even more aroused. From a reproductive perspective, if a male is not accepted by a female sexually, then he does not get the chance to reproduce and his genes not passed on. To be touched or to have his touch accepted is the first step to securing his genetic line. So guys explain to your partner, masseur, escort that you like to be stroked, tickled, touched, massaged and tell them why you would like to touch them in return and explain that this is not a predatory grab but a tender, meaningful touch.

I often say that if I went to stand in Trafalgar Square with a placard offering men the option of taking either a free 5 minute F*** or a free 90 minutes full body sensual massage that would include orgasm given by hand, most men would choose the latter.

But the men mostly reply “Hmm, how bad is bad”, Meaning any touch is a good touch. These two replies highlight the fundamental differences between male and female sexual dynamics. Women seek to be desired. Do it well, put the effort in or don’t do it at all. Whereas for most men, another person doing something to him means you want (approve of) him and knowing this turns him on.

95% of men agree with this statement

“The most important aspect of receiving a sensual massage from another man or women is knowing that they are enjoying giving it to me”.

Again this is evidence of the effect of Oxytocin, but on the female body, it acts slightly differently. Stimulating arousal but also causing her to have a heightened awareness, “I like what you are doing but let me check you out first” feeling. When this passes and if my touch is accepted and she feels safe and trusts me soon her 21st-century decorum deserts her, reticence rolls away, and her primal energies explode.

Don’t let it ever be said that women are less sexual than men. Once trust is built, and women allow beliefs, cultural rules, societies expectations to fall away, their primal sexual strengths power through, often resulting in complete sexual abandonment, multiple orgasm and ejaculation.